The Adventures of Santa

By Shay Healy and Michael Scott based on the story by Frank L.Baum 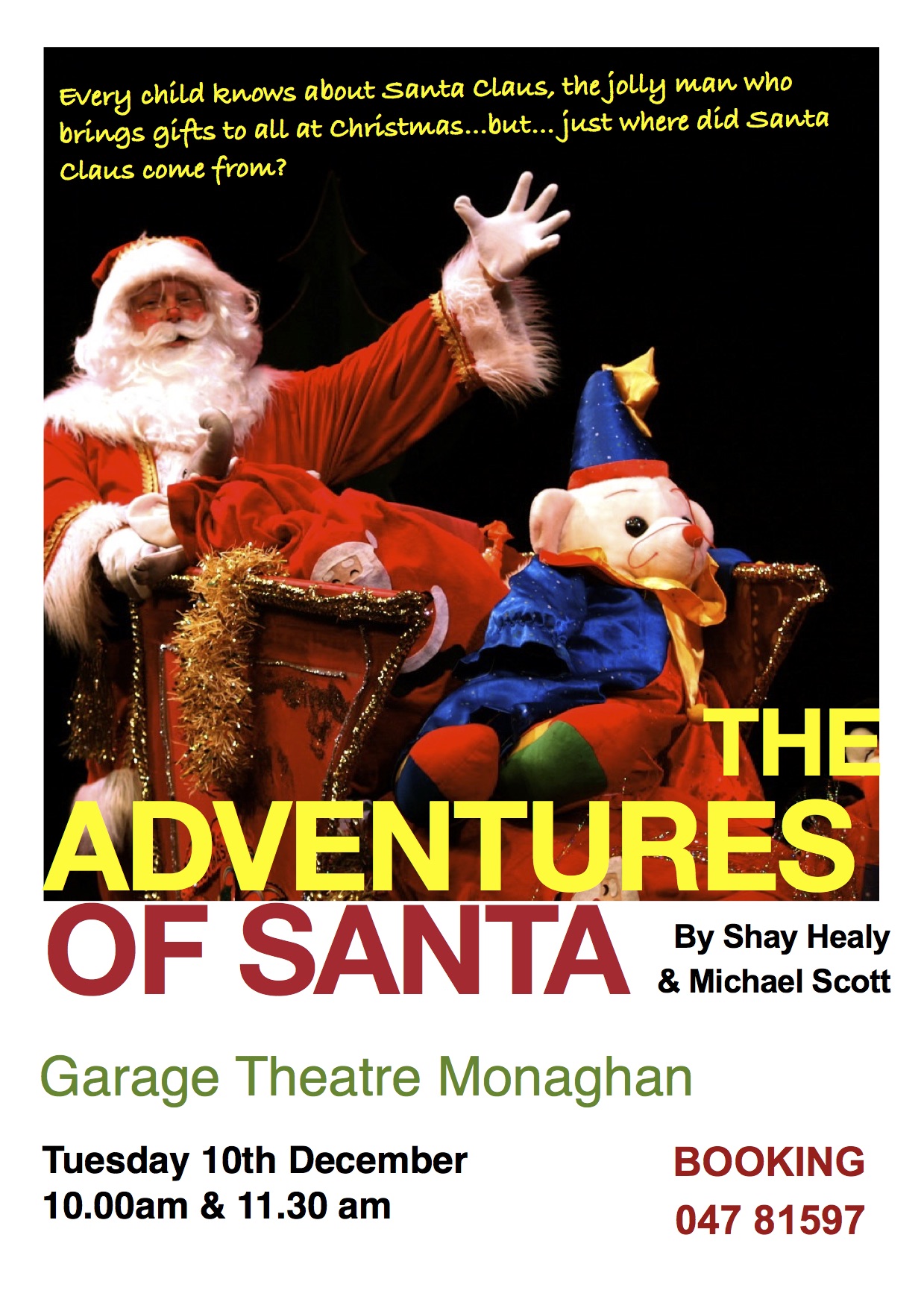 Every child knows about Santa Claus, the jolly man who brings gifts to all at Christmas…but… just where did Santa Claus come from?

Legend has it that he was a foundling in the forest raised by a Wood Nymph called Nici – she called him Claus, meaning "little one" in the old fairy language, but the Queen of the Nymphs decided he should be called Niclaus meaning Neci’s Little One… adopted by woodland fairies, he grew up surrounded by elves, and other magic creatures … it was then that his adventures really begin …

Written by Michael Scott with music from Eurovision winning songwriter Shay Healy this magical little tale of Santa will delight and enchant you .

Music from the Production was  available as a free download in