With Myles Horgan as ROY

Myles Horgan was born in Cork and has a diploma in theatre & drama studies from the Samuel Beckett Centre at Trinity College, Dublin.

So who is Roy Keane?

This new play imagines the world as viewed through the eyes of Irelands most controversial sports figure. Set during Christmas 2005 just prior to his move to Celtic, Keane is living at the centre of a myth, attempting to deflect the

excesses of adulation and hatred,while displaying an engaging humanity and uncertainty coupled with wry detachment and brutal self awareness.

Alec McAllister is a native of Waterford who has written for The Sunday Tribune & The Irish Times. He was twice shortlisted for The Hennessy Cognac New Irish Writing Award for Fiction. This is his first piece for theatre.

Previously he has worked backstage with Edmund Rice Choral Society, De La Salle Musical Society, Stagefright, Premier Productions and Red Kettle. He decided to write a play about football when he finally realised

he was much better at juggling words than juggling a ball.

To put anything on the stage is an act of imagination and with this play I have tried to imagine what it is like to be Roy Keane and to bring the audience into that place. Whats it like to be adored by some and hated by others?

How do you live with it and shelter yourself and your family from the excess of both camps?

Nor was I sitting beside Roy when he watched the World Cup at home.

No other figure in modern Irish life has commanded as much attention and speculation as Keane. Central to this fascination is Keanes reserve and his ability to deflect all attempts at penetrating that reserve.

In the end all we can do is wonder and imagine.

Alec McAllister is a native of Waterford who has written for The Sunday Tribune & The Irish Times. He was twice shortlisted for The Hennessy Cognac New Irish Writing Award. This is his first work for theatre. 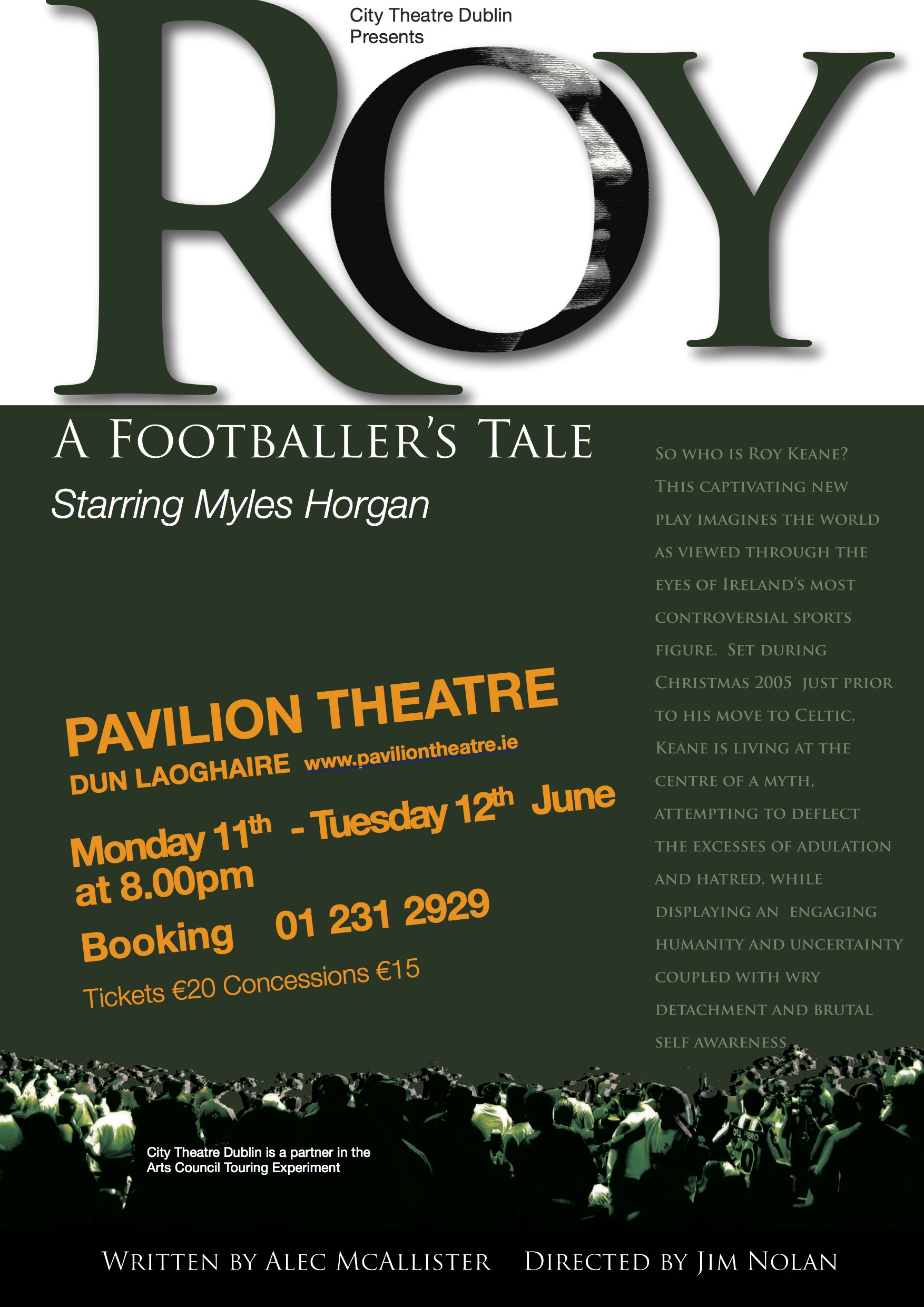